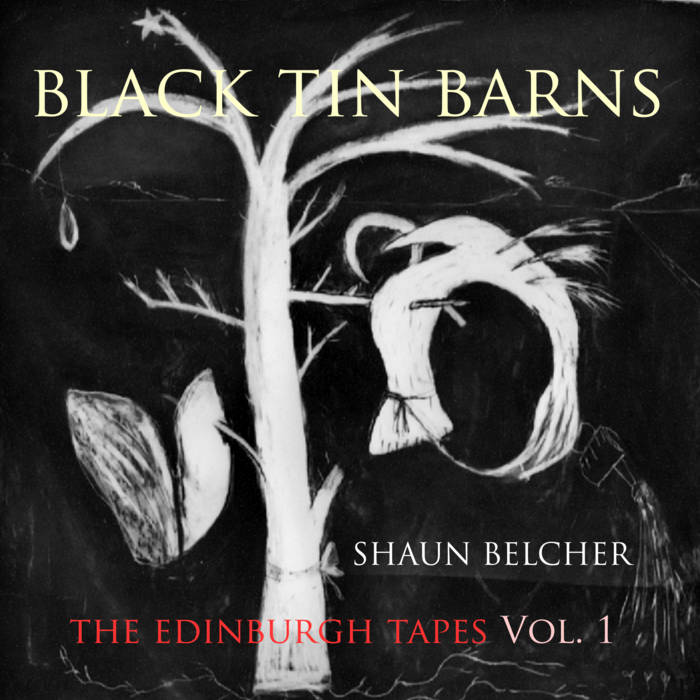 I and my then partner Ana from Zaragoza got on a train and moved to Edinburgh in August 1994.

It was a spur of the moment idea and we then lived there for two pretty gruelling years in which we lived in a very small three room flat at 62 Causewayside , off of The Meadows.


Edinburgh was a fantastic place to be but the work situation for a Spanish nanny and a penniless English artist less good. I was working as a temp in a share-dealing bank on Black Monday which I will never forget as people started crying as their mortgages doubled in an hour. In that financial climate we were at the bottom of the heap.

After two years I said enough and we moved back to Oxford but not before I had a pretty serious go at being a ‘serious’ singer-songwriter. I remember competing in a Edinburgh Songwriters event and of course had met many poets and contributed to the second Shore Poets anthology.

I had forgotten that I had actually recorded two ‘albums’ of songs as well whilst north of the border on a 4-track Fostex tape recorder until yesterday when I found them by chance.

In the mid 1980's a friend heard me sing 'Man with no name' another track on this tape. He said at the time that I was putting my poetry to music and I ignored him..looking back he was spot on the same themes emerge time and again. Perhaps this is my best poetry..I certainly think this works..whatever it.......

Planned to be released as number 5 in a horseshoe tapes release schedule I am finally going to do just that 21 years later! Listening to the tapes they sound better than I remembered and I had actually filled out the sound through multi-tracking more than I expected. A few of the tracks went on to form the ‘Suit of Nettles’ art release in 2008 and also appear sung by a variety of artists on the Moon Over The Downs charity tribute cd to Trailer Star from 2003.

All alternate versions and collaborations available to listen to on my songwriting blog here :

The release will be physically available as a set of two cds or a c90 cassette double and accompanying digital download. I hope to have cassettes ready by end of February along with the still to be completed Chalk Pit Rattle which will be re-recorded

My ‘Edinburgh Suite’ recorded on an already ailing Fostex in a tiny third-floor flat near the Meadows. Scotland was a weird mix of the fantastic (Hamish Henderson/ Sorley Maclean, Norman MacCaig / Boys of the Lough) and the not so fantastic ( Bank temp. jobs). Hats off to the Edinburgh Songwriters and The Shore Poets for keeping my head above the water. I like these songs -my most ‘Steve Earle’ period. Also Edinburgh Central Library had the best collection of folk/country/blues I’ve ever seen -some of that rubbed off too.

Bandcamp Daily  your guide to the world of Bandcamp

Ashia Karana guests plus jams from across the globe from IAMDDB to Mndsgn and more.